The Ukrainian Crisis and the Color of Compassion 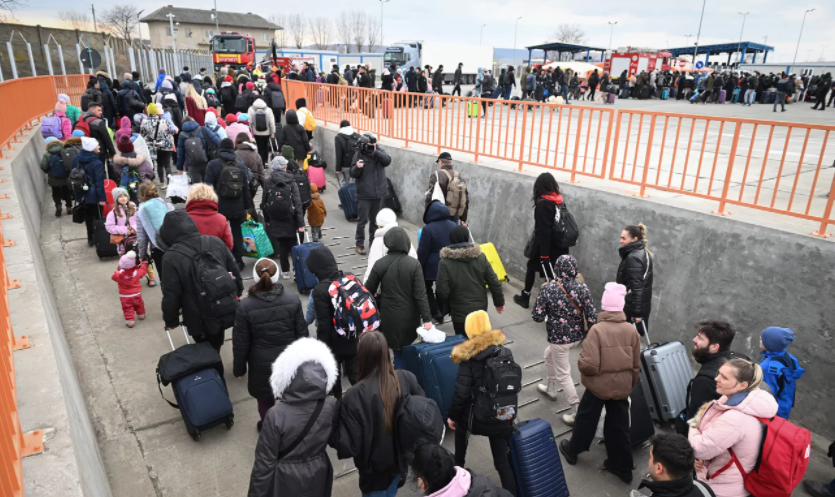 Sadly, on the back end of Black History Month in the US, Ukraine was invaded by the much larger and more powerful Russia to its East. Images of Ukrainians fleeing their homes for safety to neighboring countries, such as Poland, flooded televisions, electronic social platforms and print media. In response, a healthy number of Ukrainians refused to leave their homes, opting instead to fight the onslaught of the looming juggernaut. Nevertheless, despite the bravery on the part of the Ukrainians as well as compassion from the global audience, the world was once again reminded that African bodies and African lives do not have the same value when measured against European bodies and European lives. To be clear, the only motivation behind these words is an appeal for humanity to put its best self forward as we face yet another humanitarian crisis. Regardless of that desire, disappointment will likely be the governing emotion of most readers. A disappointment I share as I key this brief.

For those unaware of the antecedents leading up to the war in Ukraine, here is a brief review. Shortly after the close of the 2022 Winter Olympics, Russia followed through with its threat to invade Ukraine under the guise of preventing the nation from being overrun by Nazi sympathizers, despite having a Jewish Prime Minister. Predictably, Ukrainian citizens resisted the notion that they needed Russian military aid and have instead claimed that President Putin is only interested occupying Eastern European territories so he can reassemble the once powerful USSR.

As Russian forces began their invasion, Ukrainian residents began fleeing to their western border to seek safety, primarily in Poland. In response, Poland freely opened its borders, allowing Ukrainians to enter their country unabated. In addition to asylum and safety from the Russian invasion, Ukrainian citizens have been offered three years of temporary residency as well as resources for housing, food, and the possibility of temporary employment.1 These acts of compassion have warmed many cold hearts in these difficult times and have reminded many across the world that we are one human family. Yet, despite the empathy evoking images of fleeing families and gritty grandmas manufacturing homemade Molotov cocktails, the sting of anti-African racism has caused many to balk at fully investing their emotions in what is essentially a European conflict.

For decades, Western nations have been faced with the dilemma of immigrants and refugees encroaching upon their borders in search of better circumstances as well as escaping poverty and war. In those times, the world witnessed the deliberate and inhumane treatment of Black and Brown bodies in search of better and safer circumstances. For example, the US has and continues to build a physical wall to keep out “undesirables” on its Southern border while simultaneously policing the waters of the Gulf for Black and Brown bodies from Cuba and Haiti.2 The European theater has also displayed many instances of a painfully calloused approach towards those fleeing for safety from Syria and North Africa.3

During the Syrian crisis, Poland made efforts to turn away, imprison or even fire upon displaced migrants.4 The European Union offered to pay border countries like Turkey to keep Middle-Easterners and North Africans from reaching Greece.5 Hungary built a 13-foot fence with razor wire to keep undesirable refugees out of their territory.6 There is also video of a Hungarian camera woman kicking and tripping refugees fleeing for safety.7 Like Ukrainians, these refugees are fleeing not just poverty but war and the prospect of slaughter at the hands of military despots and dictators, yet the global compassion seemed to have been much more mild or wholly absent.

Regrettably but still in predictable fashion, these affronts to human compassion are not without a particular narrative logic that seems to excuse these slights as acceptable. For example, the Bulgarian Prime Minister when questioned stated the following in reference to Ukrainians: “These are not the refugees we are used to, these people are Europeans. These people are intelligent, they are educated people…”8 Equally calloused is the concern with how easy it is for certain refugees to integrate in European culture, as if that concern outweighs the need for human compassion.9 Moreover, Poland has gone so far as threatening to shoot Africans attempting to cross the border as they flee the Russian onslaught.10 Adding injury to insult, there are also reports of African and Indian students and tourists being forbidden to leave the Ukraine and summarily being told to stay and fight for the country like medieval drafted conscripts who are likely expected to be thankful for the opportunity to forfeit their lives to protect the lives of Ukrainians.11

Again, as I key these words there is more than a twinge of embarrassment lingering in my psyche because at the end of the day my only concern should be centered on the immediate need of those fleeing the whims of a violent tyrannical man-boy who is still attempting to fulfill his need to feel imposing and important. But, that twinge of embarrassment is quickly twisted into anger, and worse indifference, as I see Europeans who are still more concerned with color than compassion, who see themselves as more deserving of compassion and who ultimately see themselves as more human than those of a darker hue.

I will end with these words: I hope Russia ceases its illegal onslaught on the Ukrainian people. I encourage those within the borders of Ukraine to keep fighting and forcing Russia to see the error of their ways. I also hope that the humanitarian support and aid reminds the Ukrainian people and the rest of Europe that we are one human species and that a threat to human sovereignty anywhere is a threat to human sovereignty everywhere. Every day is a chance for humanity to do better, it is up to us to take every opportunity to do better.

A clear-eyed academic and artist, rooted in the history and culture of the Africana world. He is a provocative thinker with a wealth of worldly experience and knowledge in the cultural expressions and experiences of African people in divergent temporal and spatial contexts.