The Council of Elders (Vakhulu) are the board of governors of Osiri University. 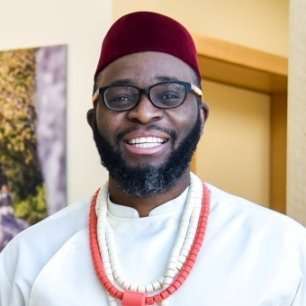 CEO, Osiri University Prince Dr. JK Osiri is a global leader in education. He founded Osiri University after observing that the plight of Afrikans everywhere was the same, with slight differences in lived experiences resulting from regional peculiarities. Afrikans were fighting invisible institutions, which barred their progress and devalued their humanity. He recognized that these institutions were similar to those that stunted the progress of non-Afrikans. He also noticed that Afrikans were not doing enough for themselves, and it was not because they could not succeed despite all the challenges, instead it was due to a failure to realize their enormous abilities. Thus, he thought Afrikans to be a sleeping giant waiting to be awakened. Consequently, became a global citizen dedicating his life to serving the under-served and helping people unleash their full potential. An American with deep Afrikan roots, he was born on the coastal region of the former Dahomey Kingdom (now Cotonou, Benin) to parents who emigrated there for business from Nigeria. Kalu was influenced by his father who had followed the enterprising ways of the ancient Igbo people - known to pursue personal ventures for the benefit of their communities. After graduating from St. Augustine’s Seminary School, Abia State, Kalu earned a National Diploma in petroleum marketing and business studies from the Petroleum Training Institute, Delta State, and a BS and PhD in chemistry from Grambling State University and Louisiana State University-Baton Rouge, respectively, both in the USA. Having developed protocols and built devices for disease diagnostics for his doctoral research, he pursued a post-doctorate in entrepreneurship and international at The University of Florida, Gainesville, Florida, to learn how to commercialize scientific research. He is also a graduate of the Management Development Program at the Harvard Graduate School of Education, Cambridge, Massachusetts, and has been a professor since 2011. Inspired by the life of one of his heroes and ancestors, Martin Luther King, Jr., Kalu joined Alpha Phi Alpha, and became a life member of the organization. He has traveled extensively around the world for business and pleasure. Kalu believes in working with people to maximize their potential. He is obsessed with excellence and continuous improvement. Recently, he has been studying how societies can use their culture and institutions to achieve positive outcomes in entrepreneurship and innovation. This research led him to explore age-old African systems, which he believes hold the key to creating a better and a more equitable world. In harmony with yet another hero and ancestor, The Great Nelson Mandela, Kalu believes in the common humanity of all peoples and subscribes to the African philosophy of Ubuntu. 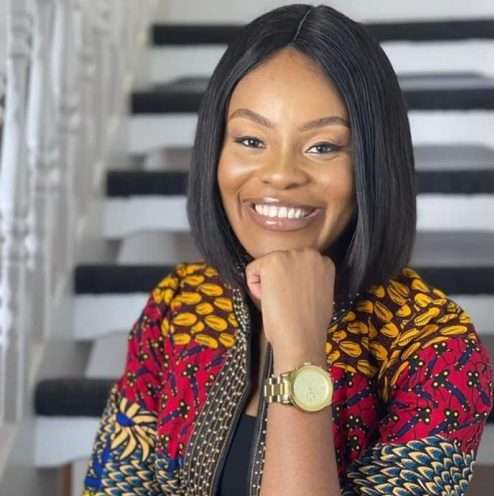 President & Ezenwanyi Amarachi is a Senior Lecturer in HRM/OB. Admitted as Fellow of the Higher Education Academy (HEA) in 2017. Her area of specialism is international HRM – the focus of her PhD. Amarachi’s research interests include International HRM in developing countries (specifically how company policies are implemented) and workplace bullying, particularly in developing countries. Amarachi is one of the supervisors on the HRM Business Research Report module. Prior to joining DMU in August 2018, Amarachi was lecturer at the Universities of South Wales and University of Bedfordshire Business School. 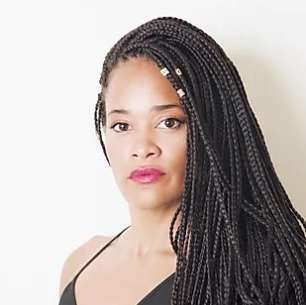 Founder and creative director of the Freetown-based creative collective FOLORUNSHO

Founder and creative director of the Freetown-based creative collective FOLORUNSHO Mallence Bart-Williams is a Sierra Leonean-German multi-facetted social entrepreneur in publishing, film, fashion, Ayurveda, writing and philanthropy are among her professional repertoire. Mallence pursued her studies in economics and finance in Paris, Singapore and Great Britain. Today she lives across the globe, produces a holistic natural body care line in Asia, and is the founder and creative director of the Freetown-based creative collective FOLORUNSHO, a ‘SHARITY’ that she initiated with street kids in Sierra Leone. Due to her cross-cultural roots she perceives herself as a bridge connecting two vastly different worlds. Her diverse background enables her to see creative solutions to common problems. Her Freetown based collective has taken homeless children off the streets into school via pure creativity without donations. Through her work with FOLORUNSHO and various other social enterprises in different parts of Africa, she connects cultural contrast, enabling unique synergies that yield action driven results. In her TED x Berlin CHANGE YOUR CHANNEL Mallence shared a truth that not only deeply resonated with people across the globe, but many felt compelled to share. Her TED x was independently translated into more than 5 languages and became a social media phenomena that was shared over 50 million times via various social media platforms, raising global awareness via a sensational grass -roots movement. Today Mallence's TED Talk has become an integral part of academic curricula of universities and high schools in African, Europe, Asian and the Americas as a timeless piece of essential truth that will be recognized by generations to come, when analyzing the global economic imbalances of our present times. CHANGE YOUR CHANNEL not only served as an eye opener, but also opened the space for discussions that encourage perspectives many were formerly reluctant to express. Her lecture raised the bar of the widespread status quo in regards to Africa's representation and its perception globally. Ever since independent research and reports have been published that enforce Mallence's statement. 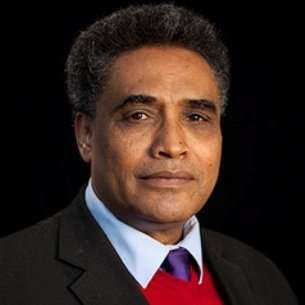 Professor of Innovation Studies at the Institute of Economics Research on Innovation (IERI) at Tshwane University of Technology Mammo Muchie is Professor of Innovation Studies at the Institute of Economics Research on Innovation (IERI) at Tshwane University of Technology. He is a Fellow of the South African Academy of Sciences, the African Academy of Sciences and the African Scientific Institute, and a Senior Research Associate at Oxford University. He was the Director of the Research Programme on Civil Society and African Integration at the then University of Kwa Zulu-Natal. He was selected as a focal point researcher on the South African BRICS Think-Tank; was Tshwane University representative to facilitate African Integration by eliminating xenophobia; founder of the Returning Talent Fund; was Special Advisor to the African Union Student Council; Founding Chairman of the Network of Ethiopian Scholars (NES-Global), Board member at the North Western University, Chengdu, China; Visiting Professor at the University of Economics in Prague; Visiting Professor at Jawarahal Nehru University, India; was Acting Dean of the College of Scholars, ACTS, Nairobi, Kenya; a founding member of the Globelics Initiative to focus research on building African innovation systems. He is the founder and Editor-in-Chief of the African Journal on Science, Technology, Innovation, and Development. The first chair on innovation studies in South Africa was awarded to Prof. Muchie to promote doctoral and post-doctoral research in Africa. He has worked with and taught over 400 doctoral candidates in doctoral academies across the world. He is the founder of the Africa Post-Graduate Academy that has been training masters and doctoral students drawn from different disciplinary backgrounds. Prof. Muchie has produced over 400 publications in African Systems of Innovation and related areas. He studied at Columbia University for his undergraduate degree and earned his MPhil (with great distinction with triple first) and DPhil from the University of Sussex. 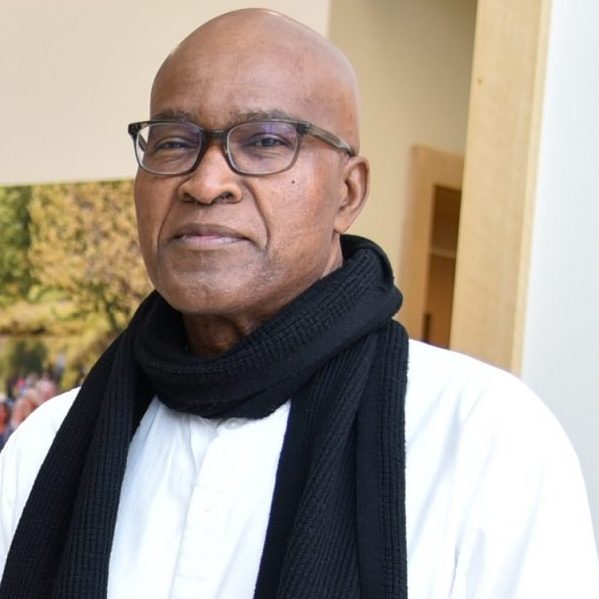 Chairperson of the Council of Elders

Chairperson of the Council of Elders Professor Colin M. Ramsay was born and raised in the Caribbean country of Guyana. He earned his Ph.D. from the University of Waterloo and his BSc from City University, London. His teaching interests include life contingencies, pensions, and actuarial risk theory. His current research interests focus on the application of the economics of insurance to actuarial science. These include working on problems associated with adverse selection and moral hazard, the annuity puzzle, absenteeism and presenteeism, and peer-to-peer insurance. Professor Ramsay also interested in applications of micro-insurance and crop insurance to the problem of food security and food sovereignty in the developing world. 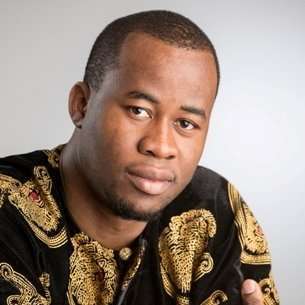 Author Chigozie Obioma was born in Akure, Nigeria. His debut novel, The Fishermen, is winner of the inaugural FT/Oppenheimer Award for Fiction, the NAACP Image Awards for Debut Literary Work, and the LA Times prize for First Fiction, and was a finalist for the Man Booker Prize 2015. Obioma was named one of Foreign Policy's 100 Leading Global Thinkers of 2015. In 2019, upon the shortlisting of his second novel, An Orchestra of Minorities, Obioma became the only writer in Booker prize history to be shortlisted for all his books. An Orchestra of Minorities was also a finalist for the Digital World Book prize. Together, his two novels have been translated into more than 30 languages and adapted into stage. His fiction and non-fiction have appeared in Esquire, Virginia Quarterly Review, Granta, New York Times, Guardian, amongst others. He is an assistant professor of Literature and Creative Writing at the University of Nebraska-Lincoln. 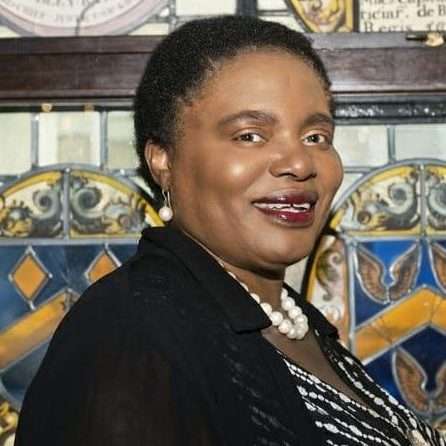 Barrister, Solicitor, and Commonwealth lawyer qualified in Nigeria, England and Wales. Nwabueze Nwokolo nee Jaja Wachuku is a Commonwealth lawyer qualified in Nigeria (barrister and solicitor 1978) and England and Wales (1995) She is a mediator and conflict resolution advocate. Nwabueze’s legal life covers government service in civil and commercial work, mortgage and banking (Nigeria). Other heads of law include legal aid work, family, welfare and regulation and compliance (England and Wales). Nwabueze has been fully engaged with her professional body, the Law Society of England and Wales, Chancery Lane London since student membership up till the present time. She has served on numerous committees and boards as a member or Chair, as Council member of the Law Society of England and Wales from July 2005 to October 2021 (sixteen years comprising of four elective terms of office) Nwabueze has chaired the National Black Solicitors Network (BSN) and the first regional branch BSN MIDLANDS, which she continues to administer and be fully involved with together with other legal organisations with particular interest in Black and minority ethnic concerns, racial justice, equality, diversity and inclusion. Nwabueze is a member of the Equality and Diversity and Inclusion Committee of her local Law Society, the Birmingham Law Society (BLS), England, U.K. and is presently, the Vice Chair. 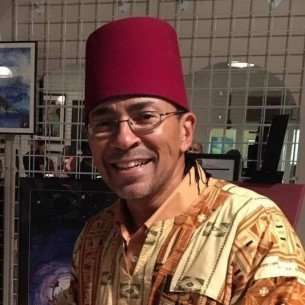 Chairperson at reFocus Africa Lisa Sylvester Acogny was born and raised in Illinois. She is a multi-ethnic American, French and Senegalese mother of five. She traveled to perform classical dance with notable figures such as Katherine Dunham and Eartha Kitt. These experiences elevated her global thinking and mindset. She has lived in five continents, including England, Germany, France, the Caribbean, Japan and West Africa. She is the Chairperson at reFocus Africa, a nonprofit that uses its vast network to provide mentor young Africans to become change makers. Lisa is a leader in the nonprofit sector in the areas of counseling, housing and homelessness, HIV/AIDS education, and women and children of domestic violence. Her vision is “to bridge the gap and provide affordable education to those who lack access worldwide.” She is also the co-founder of Knowledge-First International Academy, and through her efforts students around the world have been positively impacted and increased their commitment to self-determination, personal growth, and development. Lisa believes that knowledge is power and that with this power, people become empowered to act based on love and instead of fear. Lisa is an advocate for the less-privileged and for those who seek knowledge. She is an innovator in the education sector who is touching hearts and impacting lives. Lisa received her bachelor's degree in Health Care and Psychology from Tennessee State University, a HBCU that gave her a spiritual foundation and the motivation to devote her life to the betterment of the human existence. 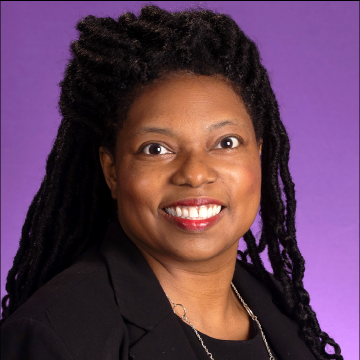 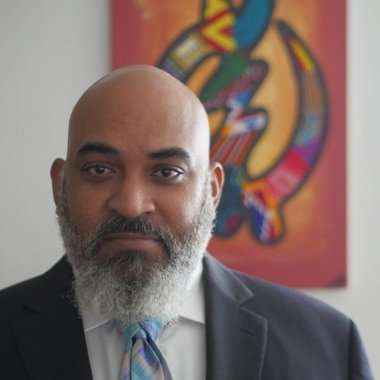 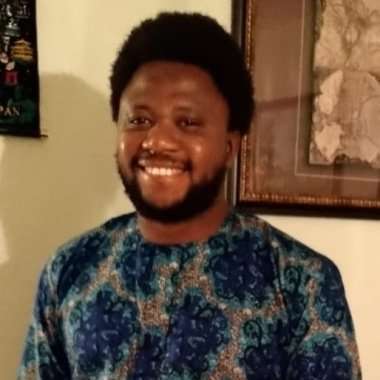 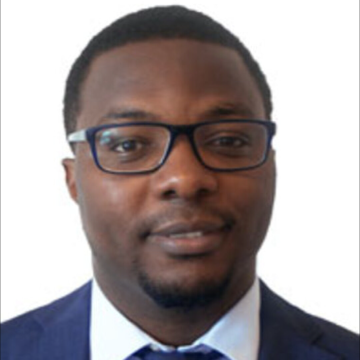 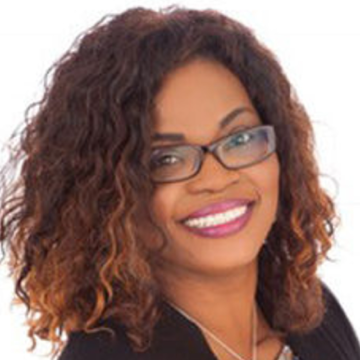